By Jan Knockaert, Director of OR.C.A. – Organisation for Undocumented Workers and a Board member of PICUM-the Platform for International Cooperation on Undocumented Migrants.

Since the transposition of Directive 2009/52/EC providing for minimum standards on sanctions and measures against employers of illegally staying third-country nationals, better known as the ‘Employers Sanctions Directive’, labour rights of undocumented migrants are part of EU law. Civil society will never praise this directive and with good reason: it is not meant to guarantee the rights of undocumented migrant workers but to be part of EU legislation concerning migration control. This becomes very obvious when we analyse the report that the European Commission submitted to the Parliament in 2014. We will find the number of inspections carried out by the member states and how

Although there is reason for concern, the Directive still contains some important provisions for undocumented migrant workers. Concerning their wage, it states that undocumented migrant workers are entitled to the same salary that nationals would receive for doing the same work. Member states also have to ensure that there are effective mechanisms to file a complaint. In specific

cases, member states can decide to give a temporary residence permit valid for the period of investigation of a case. Another notable aspect is that member states have to presume that the undocumented migrant worked for his/her employer for at least three months. So undocumented workers always have the right to claim three months of unpaid wages except if the employer can prove that they worked there less than three months. The legislator was also aware of the problem of subcontracting and tried to tackle this. Not only the direct employer can be held accountable to pay the back wage but also the main contractor and any intermediate subcontractors may be liable.

Denmark, Ireland and the United Kingdom opted out of this directive and we can see the difference in legislation. In 2009 the Migrants Rights Centre Ireland (MRCI) supported the case of Mohammed Younis, who had worked for seven years in a restaurant for salary of €0,51 an hour. MRCI helped Mr. Younis leave his situation and take his case to the Rights Commissioner and the Labour Court, which awarded him €92,634.42. His employer appealed this decision and the High Court ruled in his favour, because an undocumented worker cannot have a valid contract. This decision would be impossible if the Employers Sanctions Directive applied to Ireland. At least the Supreme Court has now overturned the High Court decision and Mr. Younis has been awarded compensation. In the UK, new legislation goes even further against the labour rights of undocumented migrants. Wages paid to undocumented migrants will be seized from them as proceeds of crime. Insane measures like these – that effectively steal people’s wages – are impossible in the rest of the EU where the Directive has been transposed.

Let’s look at the Belgian case, where the Directive was transposed in 2013. The new aspect for Belgium was the three months’ wage rule and the liability of the contractor and all the intermediate subcontractors. After three years of implementation the result seems meagre. Organisation for Undocumented Workers (OR.C.A.) has been involved in 61 complaints since the transposition; only in one case the three months’ provision was applied. The provision on subcontracting has never been applied. No one has been granted a residence permit under the Directive. Can we speak of an effective complaint mechanism if this is the result? Undocumented migrants are not informed about t 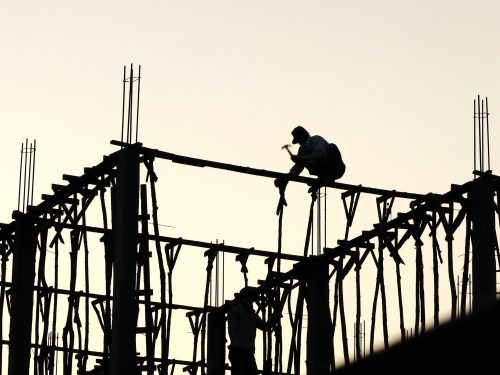 heir labour rights. So when there is a labour inspection in the workplace they declare that it is their first day of work (as the employer instructed them to do). If subsequently they receive information about their labour rights and want to tell the truth about their employment, their initial statement is used against them in court. If they are no longer working for their employer when they file their complaint the burden of proof seems very often too high. Employers only get sanctioned for a single day of employment and the contractors and intermediate sub- contractors escape their responsibility. The Directive clearly sets out labour rights for undocumented migrant workers, but in the workplace, we see no impact. They don’t succeed in claiming their unpaid wages. Unscrupulous employers can continue to benefit from undocumented workers’ work, without paying them properly, or at all, and in dangerous conditions.

This is not unique to Belgium. Analysis of the situation in Belgium and the Czech Republic rings true with experiences of PICUM members across the EU. Mechanisms in place to enforce the labour rights of undocumented migrant workers across the EU are ineffective or non-existent. One of the biggest issues is that, by lodging a complaint, undocumented migrant workers risk retaliation from employers, loss of income, and detention and deportation. Following inspections, it remains common practice to issue removal orders and detain undocumented workers without examining the violation of their labour rights. This means there is no real choice for undocumented workers, and the repercussions for employers are very limited. Exploitation can continue with impunity.

So it is no wonder that the European Commission only reports the number of inspections and the number of undocumented migrants that were found during inspections. If we want to see a real impact of the positive aspects of the Directive, the European Commission needs to require more data from member states. Not only how many undocumented migrants were found in the workplace but also how many of them received unpaid wages and what wage they were paid.

The Directive demands that member states create ‘an effective complaints mechanism’ but it’s unclear what this means. Is a complaint mechanism ’effective’ just by the fact that there is a possibility to file a complaint? This would not be my interpretation. PICUM launched the publication ‘Undocumented migrant workers: guidelines for developing an effective complaints mechanism in cases of labour exploitation or abuse’. One of the key criteria for an effective complaint mechanism is a ‘firewall’ – a clear separation between labour inspections and labour courts, and migration control. Coming forward with a complaint should not lead to any reprisals in relation to immigration or residence status. It should be possible to participate in legal proceedings, and actually receive unpaid wages and compensation. We will only see a change of the reality in the workplace if there is a real commitment of member states to protect the labour rights of ALL workers.