Why we need to talk about ‘migrants’

‘Refugees Welcome’ is not a new slogan, but before this summer, it stayed mainly within refugee and migrants’ rights supporter groups. The increase in migrants arriving at the EU borders coupled with repeated statements by heads of state expressing unwillingness to accept people in need in their countries, has led to a new public movement urging more solidarity and openness. The image of the dead body of the toddler Aylan, who washed ashore near a Turkish tourist resort in early September, has been etched in the public’s mind as a symbol of this ‘refugee crisis’.

Not a refugee or migrant crisis 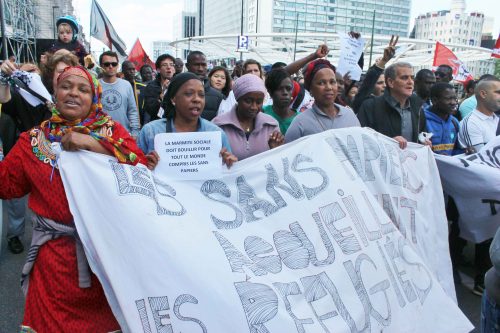 However, while the recent developments are commonly referred to as a ‘refugee crisis’, what we see is neither a ‘refugee crisis’ nor a ‘migrant crisis’. The situation which is unfolding has not been caused by refugees and migrants over the past months, but a result of years of political measures which have focused on sealing the EU’s borders, including through agreements with non-EU countries to prevent migrants and refugees from coming to Europe, and steadfastly avoided taking progressive steps towards a holistic, pragmatic and just policy framework to regulate modern human mobility. The significant humanitarian challenges to accommodate the number of people currently arriving reflect a crisis of political will.

The growing movement of #RefugeesWelcome is indispensable in providing new arrivals with shelter, food and assistance. Individuals have made enormous efforts and have come up with innovative solutions to coordinate assistance, showing the important difference the public can make in the absence of solutions from governments.

However, the terms ‘refugees’, ‘asylum seekers’ and ‘migrants’ are often used interchangeably creating confusion about the  different realities and needs of individuals, families, nationalities or groups of people moving, their rights, and the legal and practical implications of such terms. Since the new emergence of the #RefugeeWelcome movement, some media even went as far to suggest the term ‘migrant’ should be abandoned and to solely speak about ‘refugees’.

Risk of distinguishing between ‘legal’ and ‘deserving’, and ‘illegal’ and ‘undeserving’ people

Migrants move to another country or region, temporarily or permanently, to search for better living conditions for themselves and their families. This is often erroneously understood as a ‘voluntary’ move to benefit from job opportunities and living standards in the country of destination – the ‘economic migrant’. However, reasons for migration are manifold, multiple and complex. They often include the aim to leave situations of violence, insecurity, discrimination and/or systemic poverty in order to survive. People leaving situations of war are also frequently facing poverty. This complexity is not accounted for in the international protection system. Many of those welcomed as ‘refugees’ today will likely be tomorrow’s undocumented migrants. Many will not meet the legal definition of a ‘refugee’ as it is strictly applied by many European governments, or manage to be recognised as such.

Generally, all people that move hope to be able to better provide for their families and live in peace and security. They all have rights and lives that matter.

The characterisation of undocumented migrants as ‘undeserving’ or even ‘illegal’, leads society to accept that they are arrested, imprisoned and denied the basic necessities for survival and dignity. ‘Illegality’ implies that a certain group has no right to reside in a country, to access justice and services. A person who resides in Europe without having a recognised status as asylum seeker or refugee, or a valid residence or work permit, frequently has no access to basic services such as health care or shelter.

The current enthusiasm for welcoming newly arriving migrants and refugees also risks overlooking the treatment of many migrants already living in our societies.

There is little public awareness about how most governments systematically detain and deportundocumented migrants. Detention periods are often prolonged and even children are locked up in immigration detention. Migrants are detained like criminals and few supporter groups are allowed access to detention centres to monitor conditions. 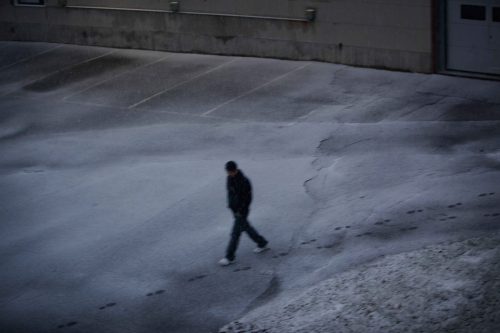 The current positive developments in the reception of asylum seekers, are being accompanied to a raft of measures to increase detention and deportations of those do not meet the strict criteria of ‘refugee’ and to prevent people from reaching Europe. There are serious concerns around fundamental rights safeguards in this context, given they are already inadequately implemented.

Germany, for example, has been depicted as one of the biggest receiving countries in the media after it was announced that 800,000 ‘asylum seekers’ and ‘refugees’ are expected to arrive in the country this year. Much less attention has been given to the fact that systematic deportations of migrants, mainly from Balkan countries, will be accelerated. According to the German Federal Authority for Migration and Refugees (BAMF), they expect to process about 75,000 pending applications largely from people from Balkan countries by the end of the year, and that most will be rejected. Over 10,000 have already been deported in 2015.

There is also little awareness that many of those who living in Europe undocumented have lost their status due to reasons other than irregular border crossing such as domestic violence, workplace exploitation, job loss, administrative delays, expired documents or because they have been born ‘undocumented’, because their parents are undocumented migrants.

The Syrian toddler Aylan should have been saved. So should thousands of individuals who died the same way before. Why were few people aware about these children? Is it because they were not washed ashore and drowned out of our sight? Was it because many of them were Sub-Saharan migrants who are often perceived to be ‘undeserving’ or ‘illegal’?

It is for these reasons that we have to continue to speak about migrants, about every person’s rights, and about the complex social phenomena of migration. We need to push governments to ensure the rights of all people residing in Europe, regardless of status, and to provide regular, safe ways for migrants to come to live and work in Europe and be reunified with their families.