The gaps in EU policies on migration, trafficking and victims’ protection

By Cécilia Rolland,
And Kadri Soova.

Following the launch of the EU Agency for Fundamental Rights (FRA) report “Severe labour exploitation: workers moving within or into the European Union. States’ obligations and victims’ rights” on 2 June 2015, PICUM co-hosted a side-event on the labour exploitation of undocumented migrants together with the European Trade Union Confederation (ETUC). 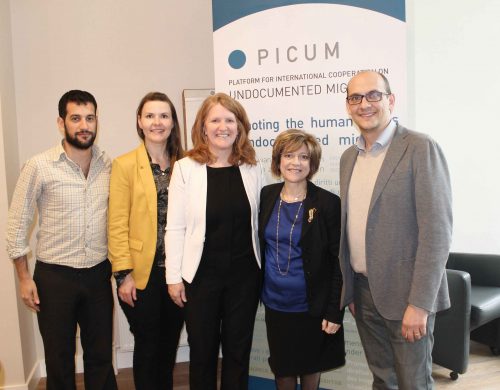 This blog is a summary of some of the discussions during this event which brought together experts in the fields of trafficking, exploitation and migrant workers’ rights including the UN Special Rapporteur Maria Grazia Giammarinaro, representatives of the Office of the EU Anti-Trafficking Coordinator, the International Labour Organisation, UNESCO, trade unions and civil society organisations.

What are the gaps in implementation?

While it is essential to acknowledge that the Employers’ Sanctions Directive includes some provisions to ensure labour rights of undocumented migrants, it is also important to recognise that it focuses more on sanctioning employers of irregular migrants than on the protection of labour rights. An effective complaint mechanism is still missing, which means that it is very difficult to receive unpaid wages in practice.

Another problem is that the Employers’ Sanctions Directive is still geared towards the detection, arrest and expulsion of undocumented workers and not towards the protection of workers who have been exploited. The Employers’ Sanction Directive is still quite new and it could be necessary to wait a few more years to assess its effects, but so far, it has not improved the situation of undocumented workers. 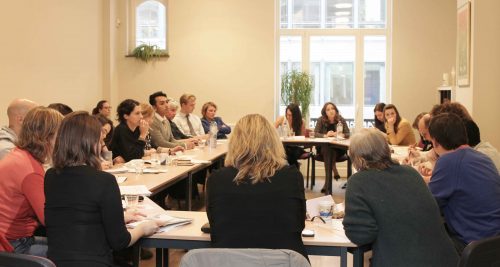 Photo: Participants exchanged how legislation on anti-trafficking and labour exploitation is implemented in practice in different EU countries.

The EU legislation on anti-trafficking gives a lot of protection, but only for those who tick all the boxes in the identification checklist. The mainstream image of the crime of trafficking, which is often oversexualised and over sensationalised, focusing on high profile cases mainly within the sex industry acts as a barrier for a broader understanding of trafficking and exploitation and for (self) identification of victims in other sectors. The authorities’ focus on identifying the crime instead of identifying the person in need is another great obstacle to identification. This is the result of the Anti- Trafficking Directive being created in a context that was criminal justice rather than human rights based. In practice very few persons are recognised as victims of trafficking. A person should get assistance independent of other factors such as cooperation with the police or migration status. It is therefore important to move away from the criminal proceedings approach.Compared to labour exploitation, there has been more progress over the past years in the field of trafficking in persons. Gaps in the anti-trafficking framework are largely due to the fact that the solutions proposed are all in the criminal justice framework and the perceived cause of the problem is organised crime rather than the lack of regular migration channels and the normalisation of exploitation. The problem with framing trafficking as a crime is that it takes it out of its context of labour rights and decent work. Situations of severe labour exploitation and trafficking are used by policy makers as an excuse to introduce repressive law enforcement policies that are focused on fighting irregular migration rather than tackling the root causes of labour exploitation and reducing the vulnerability of workers.

The way forward to better implementation

While many of these legislative tools include positive elements, unfortunately many barriers remain, making implementation inadequate. As a start, there needs to be a strong labour inspection in place focused on the rights of the workers and a proper complaints mechanism that prioritises labour rights over migration enforcement. We need to identify what the gaps and obstacles are in the existing instruments and work towards removing these barriers. 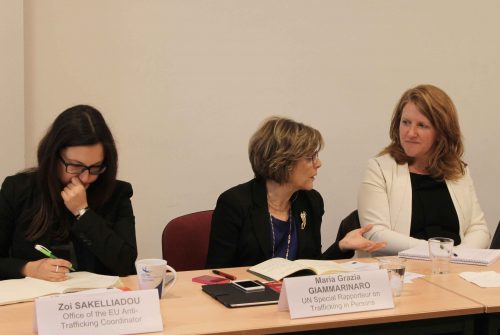 A parallel could be drawn between asylum and trafficking frameworks: both have an enormous patrimony that should be preserved. Both concepts have an important role and recognition rates need to be improved but they cannot be extended too far, otherwise they lose their original intention. It is crucial to look at creating and supporting other complementary channels of assistance, protection and labour migration opportunities alongside these frameworks.

The double standards in the protection of exploited persons need to be addressed: victims of trafficking have a lot of entitlements in theory, but victims of labour exploitation who might be in the same situation of distress do not benefit from the same level of protection. In reality, for undocumented migrant workers who are not identified as victims of trafficking, access to victim support and justice remains very limited. The event’s discussions illustrated the urgent need for EU action to address severe labour exploitation of undocumented migrants in the European Union. A way forward for civil society could include: