Joint statement by 17 European organisations calling for more action on mental health in Europe Brussels, Monday 13 February 2017 – Mental health is everyone’s concern. It is central to all [...]

The Global Coalition on Migration Stands in Solidarity with Refugees, Migrants, Muslims, Families and Communities

This was originally published by the Global Coalition on Migration here in response to current US migration and refugee policy. As a global coalition of migrant and migrant-led, policy, [...]

Step Up to Ensure Access to Services For All Survivors of Violence, Without Discrimination

Get involved in a joint PICUM-WAVE initiative to improve access to services for undocumented survivors of violence On the occasion of International Migrants’ Day, the Platform for International [...]

EU institutions and member states must do more to protect refugee and migrant children, a statement now signed by 84 agencies including PICUM said today to mark the opening of the 10th European [...]

Following the agreement between the EU and the Afghan government “Joint Way Forward on migration issues between Afghanistan and the EU”, the European Parliament will discuss commitments and its [...] 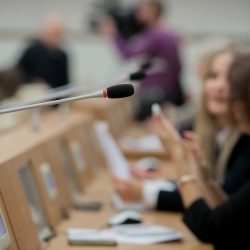 At the upcoming European Council on 20-21 October, European Union (EU) leaders will discuss the latest developments and progress on the EU comprehensive approach to migration. This discussion [...]

The EU Alliance for Investing in Children welcomes the European Commission’s proposal for a European Pillar of Social Rights, and its aspiration to achieve a “social triple-A rating” by [...]

UN summit: PICUM to urge for stronger commitments to all migrants’ rights

The UN General Assembly hosts a high-level summit on 19 September 2016 in New York to address large movements of refugees and migrants, with the aim of bringing countries together behind a more [...]

Over 177 civil society organisations and trade unions call for a new Europe for people, planet and prosperity for all

A group of 177 other civil society organisations and trade unions, including PICUM, published a joint statement on 12 September 2016 calling for a Europe which is inclusive, open, just, [...]

The Inter-Agency Working Group to End Child Immigration Detention has published a brochure outlining the use of immigration detention of children, the harmful impacts it has on children, the [...]

Alison Des Forges Award, Woman of Courage and Solidar Silver Rose Award – PICUM members are given recognition for their work

Several PICUM members have recently been recognised for their work through awards.   Yonous Muhammadi, President of the Greek Forum of Refugees (GFR), received the Alison Des Forges Award [...]

27 June 2016 – The European Union is set to open a dark chapter in its history unless it rejects the European Commission’s proposal on migration, a coalition of more than 130 NGOs warned on [...]

On June 17 2016, The EU Alliance on Investing in Children released a joint statement welcoming the Employment, Social Policy, Health and Consumers Affairs (EPSCO) Council Conclusions on [...]

On the occasion of its Annual General Assembly on 10 June 2016, PICUM published its Annual Report for the year 2015. The report provides an overview of major achievements over the course of the [...]

BRUSSELS, 29 April 2016 – Ahead of International Labour Day, the Platform for International Cooperation on Undocumented Migrants (PICUM) urges the EU and governments to enforce labour rights for [...]