A fear-mongering rhetoric linking undocumented migrants to criminal activities and security threats, is fueling policies aiming to deter migrants. These are the challenges facing PICUM members today. Unforeseen support for newly arriving migrants and refugees gave hope for a new narrative on migration in Europe. However, there has also been a growing tendency to distinguish between those deserving protection and the ‘undeserving’ who are not granted formal refugee status. On 10-11 June, around 100 PICUM members from across the European Union as well as Turkey, Israel, Georgia, Morocco, and Nigeria came together in Brussels to address the challenges of this polarised debate and to find common responses.

In light of these challenges, we started this year’s gathering by taking time to reflect on our members’ feelings and experiences over the past year. Were they hopeful or discouraged? Did they feel their work made a difference, or were the barriers insurmountable? We found that while nearly all members feel overwhelmed and under pressure, they remained optimistic and resolute to bring about real change for undocumented men, women, and children.

Having clearly identified these challenges, PICUM members explored strategies to overcome them and further strengthen solidarity among the network. A first step for this was to provide members with a space to exchange their own ideas and present examples of their work and innovations. 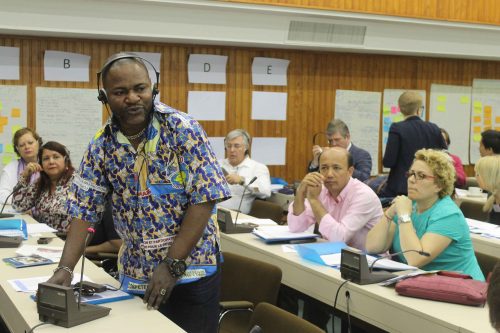 PICUM members were given the opportunity to host their own sessions on topics which they considered the most pressing within their specific context of work. Sessions on migrant sex workers’ rights, the situation of migrants in Germany, implications of the EU-Turkey agreement, migrant domestic workers, health care provision, rights of au-pairs, the EU-Georgia visa liberalisation process,and prevention of right wing extremism, violence and xenophobic rhetoric were held.

These sessions were very well received. Members engaged in active debates, shared insights from their work, built contacts with those working on similar issues elsewhere, and could learn about how others are responding and developing work in this area. It also allowed PICUM to gain an even better understanding on specific aspects of its members’ work.

PICUM’s Annual General Assembly is also a way to celebrate our network’s successes, even the small steps and little victories. Some PICUM members presented effective policy examples which highlight another way forward.

Since 2008, a labour migration law in Sweden allows migrants to get a work permit to come to Sweden. Applicants can get a two-year work permit and if the work permit expires, they can extend it for another two years in Sweden. After four years, they can apply for permanent residence. Moreover, migrant workers have the right to bring their families as of the first day and family members can also obtain work permits. Migrant workers work under the same conditions as Swedish nationals and are entitled to temporarily leave Sweden and come back.  This law does not only apply to highly qualified sectors but also to work in low wage sectors.

A regularisation programme in Ireland, proposed by the Migrants Rights Centre Ireland (MRCI), would allow undocumented migrants who have stayed in Ireland for at least four years to regularise their status. The proposed regularisation would be a scheme designed around three essential criteria: length of time in the state, operation of a criminal bar, and implementation of a probationary period. 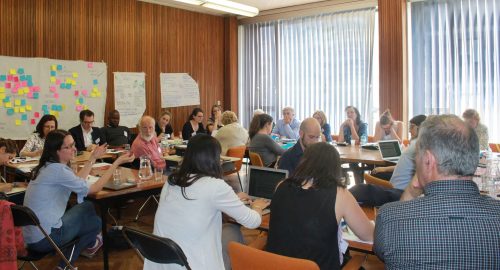 The working groups discussed specific developments and actions related to ensuring safeguards and standards for undocumented migrants in the context of borders, detention and deportation; undocumented migrants’ access to health care with a particular focus on sexual and reproductive health services; the situation of undocumented children and youth across Europe; next steps for ensuring access to justice for undocumented women by monitoring the implementation of the EU Victims’ Directive (Directive 2012/29/EU) and the ‘Istanbul Convention’ (Council of Europe Convention on preventing and combating violence against women and domestic violence); and advancing labour rights for undocumented workers though joint work with trade unions and ongoing use of PICUM’s monitoring template on the application of the Employers’ Sanctions Directive.

The working groups will continue their discussions during another meeting towards the end of 2016.

Despite all the challenges, enthusiasm, cooperation and a strong sense of solidarity prevailed. PICUM members were pleased to suggest and share their ideas on how the network should move forward, underlining the need to work together on the following:

The General Assembly also saw the election of a new PICUM chair and four new board members. Edel McGinley of the Migrant Rights Centre Ireland was elected new chair of PICUM. Don Flynn gave his final rousing address as PICUM chair, ending his 10-year term by sharing some inspiring reflections on the migrants’ rights movement.

Four new board members were approved by the General Assembly. Bringing greater geographical representation, thematic expertise, and gender diversity to the board, PICUM is delighted to welcome András Kováts of Menedék -Hungarian Association for Migrants; Adam Weiss of the European Roma Rights Centre (ERRC); Behshid Najafi of Agisra in Germany and Carolina Gottardo of the Latin American Women’s Rights Service (LAWRS). 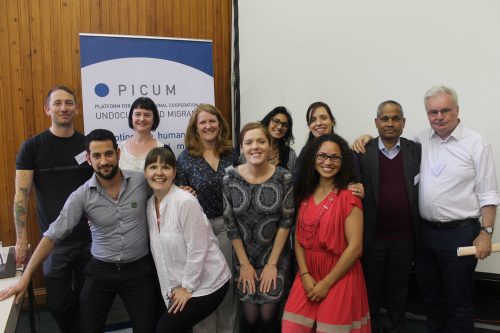 Photo: PICUM members gathered together in Brussels at the end of the 2016 General Assembly.