This was first published by Open Democracy.

As we mark the first anniversary of the EU-Turkey deal, the EU’s migration policies are more contradictory than ever. Characterised by political manoeuvrings and short-term unsustainable solutions, they ignore evidence and by-pass democratic procedures.

Agreed on 18 March 2016, the EU-Turkey deal drew a line in the sand, after which all migrants and refugees who crossed from Turkey to the Greek islands, and who did not apply for asylum in Greece or whose claim was refused, would be returned to Turkey.

The EU-Turkey deal has not lived up to its promise of ending irregular migration and has, in the meantime, caused enormous suffering. People are languishing in horrible conditions across the EU, record numbers of people still die at sea, or are trapped in Turkey, Libya and beyond. Over 60,000 people have been left in limbo in Greece, and a further 8,000 stranded in Serbia. Relocation numbers remain simply pitiful, with less than 10,000 relocations from Greece as of March 2017. Levels of trauma, depression and suicide among migrants and refugees have increased. 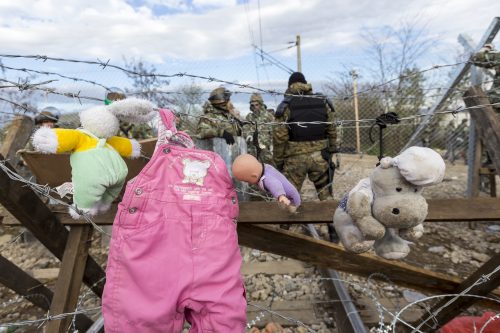 In a recent case brought before the European Court of Justice, the EU even argued that it cannot be held responsible for any consequences of the deal because it is “just a press release”. So essentially, a document of “no legal value” is causing unjustifiable human cost,  drastically changing policy and promising billions of euros to Turkey for keeping its end of the deal.

What is even more worrying is that the EU seems set to continue down this path. The European Commission’s recent recommendations to member states on detention and returns promise “new measures for an efficient and credible EU return policy”, yet they do nothing more than ramp up use of current and outdated practices that have been shown to be ineffective and inhumane.

This includes the recommendation to member states to lock people up, for as long as possible, by applying the maximum detention period. Countries that apply shorter periods are targeted as “bad examples”. Likewise, member states that in principle do not lock up children because it is harmful and never in their best interests, are urged to change their laws. The Commission also encourages governments to deport people, including families with children, even while they are trying to appeal a decision.

The EU’s new plan relies on the false notion that detaining people for long periods of time will somehow help to increase the number of returns and that expulsions will deter more migrants in the future from attempting to reach Europe. There is no evidence that immigration detention or forced removal has a deterrent effect, or that it is sustainable. This was also highlighted in a recent report by Peter Sutherland, former UN Special Representative on Migration to the UN Secretary General, based upon his eleven-year term.

Evidence points to the long-term negative effects of immigration detention on health, as well as the stated goal of migration management. Detention is an extremely harmful practice that has long-lasting severe physical and mental health impacts and significantly increases the risks of suicide. It actually discourages cooperation and decreases the motivation and ability of individuals to work with the authorities. Alternatives to detention, such as the case management approach, have produced better outcomes for both individuals and governments. Likewise, re-emigration rates among returnees are high and there is no evidence proving that forced removal lowers the migration aspirations of the people directly affected or others in their communities or elsewhere.

The Commission and member states are understandably afraid of tough rhetoric from the far-right. But instead of defending EU values and the rights of migrants, policy makers end up catering to voters who fear and oppose migration and hold views frequently based on misconceptions.

If EU policymakers really want to find solutions, they need to stop focusing on such quick fixes and move their attention to the added value that migrants bring to our societies and the needs of our labour markets. To this end, we need to create more and diversified opportunities for migrants so that people at different skills levels and with different backgrounds can come to live and work in Europe in a regular manner.

We also need an EU that holds firm to its commitments to human rights and the rule of law, and that promotes the implementation of the highest human rights standards – not the lowest level – in its legislation. If the EU and national governments invested properly in improving the administration of migration and making good decisions that respect rules, rights and reality, we would be a lot closer to an orderly and well managed migration system that works for everyone.