Meeting once per year,  PICUM’s General Assembly is the main decision-making body of its network. Around 80 PICUM members came together in Brussels from 12 to 13 May to strategise and mobilise and agree on actions for PICUM to advance the rights of undocumented migrants.

Over the past year, the situation for irregular migrants has become increasingly difficult. The two-day programme started with PICUM members sharing their mixed feelings and emotions from the past year, ranging from moments of anger and despair to inspiration and happiness when positive changes were achieved. 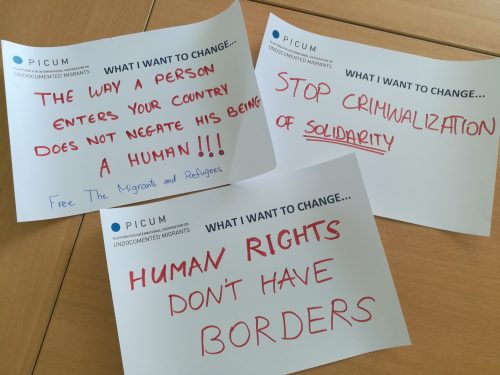 Photo: PICUM members had the opportunity to write their key demands and wishes for change on signs.

The first panel brought together representatives of the EU Parliament and the Council of Europe with other key experts to discuss the persisting challenges and opportunities for PICUM in the coming years. Highlighting the increase in criminalising measures against undocumented migrants at the border and in communities across the EU, the panelists underlined how these measures overstate both the numbers of irregular migrants and the risks posed by migration

There was a consensus that the EU policy is being developed with an increasingly narrow view of migration and without democratic oversight. Issues such as labour market requirements, worker rights, social inclusion, and policy shortcomings that push migrants into irregularity are rarely addressed.

Despite the lack of proof that detention and deportation are effective in reducing irregular migration, recent migration policies focus precisely on increasing these means. As member states are determined to achieve a watertight border control system despite a high human cost, the EU is entering a number of migration-control related agreements with neighbouring countries  where major abuse, torture and even killings of migrants have been documented.

Democratic procedures are increasingly sidelined with such agreements. The European Parliament has been excluded from decisions on migration and as bilateral agreements, such as the EU-Turkey deal, have no legal basis, the European Court of Justice has no competence to address concerns regarding its harmful impact on migrants’ lives. 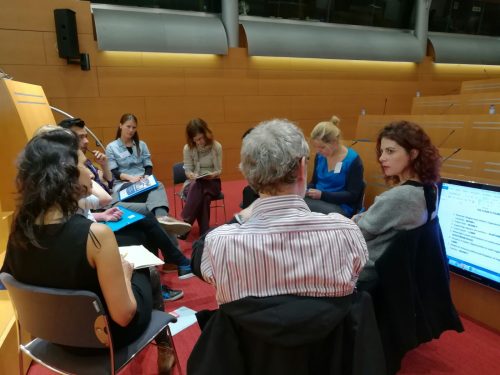 Against this backdrop, civil society organisations assisting migrants are facing increasing harassment and criminalisation. When saving lives at sea, they are increasingly accused of creating a ‘pull factor’ for irregular migrants and supporting smugglers. With Europe’s response to migration presented as trade-off between security or humanity, civil society are increasingly depicted in a disapproving, out of touch, and even harmful light.

Need for a ‘firewall’

The permanent risk of getting arrested, detained and deported remains a key barrier for undocumented migrants to go see a doctor, send their children to school or report exploitation and abuse to the police and other authorities.

To address this issue, the European Commission against Racism and Intolerance (ECRI) of the Council of Europe has published guidelines for member states to address discrimination against undocumented migrants and guarantee their inclusion in essential services. General Policy Recommendation Number 16 calls on go 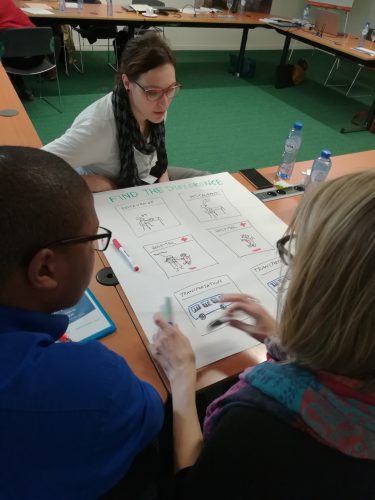 Photo: Participants of a communications workshop drew storyboards to build their capacity to develop narratives.

vernments to establish a ‘firewall’, a clear separation between access to services and justice for undocumented migrants and the enforcement of immigration law.

PICUM members also had the opportunity to take the floor and host a workshop on a topic of their choice with other members. In addition to highlighting key challenges, members shared a number of positive examples from their work.

What we can do as a network: A joint way forward

While many of our members face increasing obstacles including harassment and limited resources, PICUM’s supporter base and network is constantly growing. 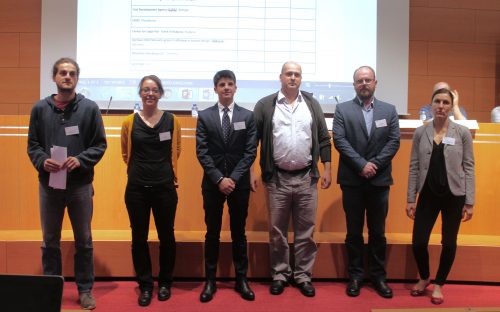 Photo: Eight new member organisations were admitted at the General Assembly. This brings PICUM membership to a total of 156 organisations and associations in 31 countries.

This growing supporter base is key for PICUM to effectively address challenges and to build on opportunities outlined at the General Assembly.

Coming together with members at the General Assembly is always a truly inspiring experience. This year’s debate has once again showed us what an enormous collective strength we have as a network. It is this collective strength that we can rely on to successfully and strategically address challenges moving forward.